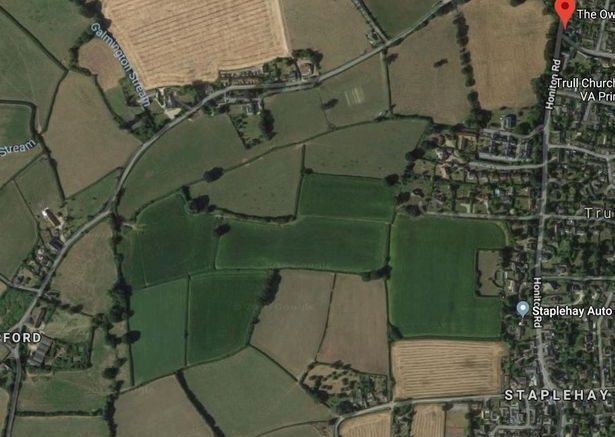 Plans to build 2,000 homes in Taunton

Two thousand new homes could be built on the western edge of Taunton if plans are given the green light on April 25.

A consortium of four developers applied in November 2014 to build 2,000 houses on agricultural land between the A38 Wellington Road through Rumwell and Comeytrowe and Honiton Road through Trull. 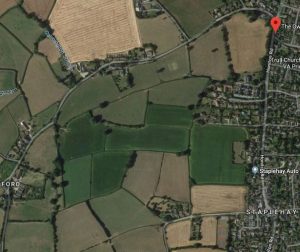 The four developers – Bovis Homes, the Mactaggart and Mickel Group, Summerfield Developments and Taylor Wimpey – have also promised to provide employment land, space for a new school and a park and ride service.

Outline planning permission was originally granted in January 2016, but new plans have been brought forward which reduce the number of affordable homes being offered from 500 to 350.

Taunton Deane Borough Council’s core strategy, which was published in 2012, earmarks Comeytrowe and Trull for “between 1,000 and 2,000 dwellings up to 2028”, as part of the “urban extension” of Taunton.

The site for the proposed development runs from the A38 near Rumwell Park to opposite The Owl Garage, but does not include the former abattoir near Galmington Stream, or buildings at Higher Comeytrowe Farm.

Here are nine things you can expect to see built on the site if permission is granted:

Taunton Deane Borough Council originally requested that 25 per cent of the homes (i.e. 500) would be affordable.

The developers stated in March 2017 that this would not be viable, and following discussions with the council the proposed level will be 17.5 per cent – equivalent to 350 homes.

The size and layout of all the houses will be decided through a reserved matters application at a later stage.

5.25 hectares (just under 13 acres) of the site will be given over to business units and other employment purposes.

The majority of the employment land will be located near the A38, and will be either one or two storeys in height.

Around 1.6 hectares (nearly four acres) near the centre of the site will be set aside for small-scale retail and business facilities.

These are designed to “complement, rather than compete with existing town centre retail facilities” and will be within walking distance of the majority of the homes.

The “local centre” is likely to include a food store, a mixture of cafes and restaurants and some form of communal facility, such as a hall.

Somerset County Council stated in 2015 that a development of this size would create the need for 400 new spaces, along with 70 nursery or pre-school places.

Since the primary schools in this area of Taunton are “all at or near capacity”, a new school would need to be provided, with the funds coming from the developer.

A site of 2.2 hectares (5.4 acres) has been set aside for this purpose within the plans

5) A new park and ride facility

There are currently two park and ride facilities in Taunton – the Gateway site near the M5, and the Silk Mills site in the north-west of the town.

Under the proposals, a third site would be created off the A38 in Comeytrowe, with parking for 312 cars.

A new roundabout would be built over the existing A38, and cycleways will also be provided.

6) A new spine road for the whole site

Residents will be able to access the development site from entrances on both the A38 and Honiton Road.

To achieve this, a new spine road will be created.  The road will move through the centre of the site including the “local centre”.

A secondary access road could be created from Comeytrowe Lane.

7) A new roundabout on Honiton Road

A new roundabout will be constructed to link Honiton Road to the new houses, located between Dipford Road and Gatchell Green.

The existing section of Honiton Road will remain, including the access to Church Road, but priority will be given to traffic going to and coming from the roundabout.

The consortium has pledged to allocate “at least” 26 hectares (64 acres) over to public open space. This will form three small play areas for young children and one larger area for teenagers and young people.

It has also promised to provide allotments and “active recreation space” (including a football pitch) near Honiton Road.

The borough council is seeking to secure upgrades to other roads in addition to those laid out by the consortium.

These include schemes to improve the Heatherton Park crossroads (near The World’s End pub) and the junction of Galmington Road and Trull Road.

Work will also be undertaken to give buses greater priority at the Silk Mills roundabout, where the road from the park and ride meets the A38

In addition to the primary school provision planned for the site, the county council has also stated that the developer would create the need for a further 286 secondary school places.

Corporate planning officer David Clews said that a new campus for the Castle School could be created nearby. The current site was “already over-subscribed” and that there are “restricted options” to expand it.

Be the first to comment on "Plans to build 2,000 homes in Taunton"